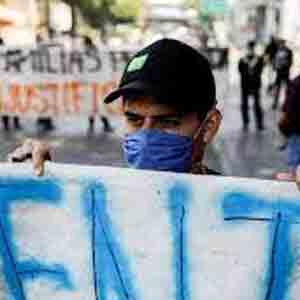 Latin America embraced the dot-com boom of the 90s with gusto. Venture capital funds were raised, domain names were bought, young wunderkinds came back to the region, and money was deployed in almost every country on exciting technology ventures. Sadly, until recently, it seemed it all had been for naught. After the dot-com crash of 2000, and until 2017, only one Internet startup had successfully IPOed– MercadoLibre in 2007 in the Nasdaq.

“A sense of maybe this just doesn’t work here” lasted for the better part of the first decade of the 21st century. It wasn’t until the rise of everything Brazil (remember The Economist’s cover showing the Christ the Redeemer statue taking off?) that venture capital, both local and foreign, began coming back to the region. While in the first Internet craze Argentina and Venezuela registered the most .com domains and captured the most capital, this time Brazil was clearly the leader of the pack.

Foreign funds like Sequoia moved fast and established local offices to capture the Latin American opportunity. Alarmingly, the legendary fund decided to close its office less than 2 years after having opened, saying that the opportunity wasn’t as big as it had first thought. It looked as if this second chapter would end up as painfully as the first one, but that hasn’t been the case.

Venture capital investments into the region have grown from USD 146 million in 2011 to over USD 4.6 billion in 2019 (over 30x growth) . Even more encouraging, this year’s pandemic shows no signs of investments slowing down. For a long time, it was the general consensus that, at some point, all the world would incorporate more technology and digital tools.The questions were what would prompt that and when would it happen. The answers, at least for Latin America, seem to be that the trigger would be the necessity to distance imposed by the pandemic and that the time would be now. Digital adoption by both consumers and enterprises has exploded across the region. Financial services, e-commerce, education, logistics seem to be the early beneficiaries, but it appears that the effects will be felt across many more sectors.

This coincides with 2019 having represented a watershed moment for Latin America thrusting it into the limelight. For several years more and more foreign investors had begun writing checks in the region, but 2019 accelerated the trend when SoftBank announced it had raised a USD 5 billion dollar fund specifically for Latin America.As a result, many investors began to question what was SoftBank seeing that they weren’t? This had some very significant impacts: 1) American, European and Asian investors went from passively analyzing inbound Latin American opportunities to actively researching and visiting the region, 2) private equity investors began to feel “being squeezed” of transactions when companies went from raising a few million dollars to raising a USD 100 million check from SoftBank, and 3) larger checks that couldn’t find space in funding rounds prompted the nascent phenomenon (at least for Latin America) of secondary transactions providing liquidity to early investors and some founders. This last impact might prove to be the more meaningful as it unleashes a virtuous cycle where venture capital becomes a viable investment alternative as people realize returns and, in turn, commit more capital to the region generating more startups.

While progress is being felt across the region, Brazil and Mexico seem to be bigger beneficiaries of this trend. Brazil, having begun attracting venture capital since the last decade and having amassed over 12 unicorns with significant exits both through acquisitions and IPOs, is the leader of the pack—it’s probably 3 to 5 years ahead of Mexico. While Mexico’s proximity to the US, large market, and relative ease of doing business has propelled it from a laggard in the first wave to the most exciting new market—including christening its first unicorn in Kavak last October.

As you’ve seen, the pieces seem to be falling in place for Latin America to claim its place as an exciting technology hub and that things are just getting started. I’ll analyze in more depth in future posts what sectors seem to be favored, how Latin America is avoiding the copycat model and opting for homegrown innovation, among other topics.

By the way, remember MercadoLibre—the only Internet company to go public after the first dot.com bubble? It became the most valuable company in Latin America last August. Things are changing, fast.

RayenSalud: The Chilean company that provides innovative and robust technology so that Healthcare Networks achieve better management and care for people

Tips Salud: Ushering in the New-Age of Integrated Patient Care

Taggify: Conquering the Digital Out of Home (DOOH) Market

Team Quality: A Strategic Partner for a Shifting Payments Ecosystem

VZOR: A Unified Platform that Offers 360° View of Businesses

LinkApi Solutions: Modernizing Enterprises in a Simpler and Faster Way

Pismo: Ushering in a New Era of Payments Processing

Semantix: A Data-Driven Company by Design

Zoop: A Building Block for Smooth Banking and Transactions

[ kolekto ]: A Reliable Partner for a Seamless Salesforce Journey

GAVB: Democratizing the Power of AI and Big data for Business Transformation

Unlocking the Value of Connected Cars

Comprehensible Distribution of Training and Information...

The Current Focus is On Comprehensive Solutions

Big Data Analytics and Its Impact on the Supply Chain

Carmax, the Automobile Business with IT at the Core

The CIO's role in rethinking the scope of EPM for...

Transformative Impact On The IT Landscape

Get Ready for an IT Renaissance: Brought to You by Big...

Technology to Leverage and Enable

Speed is the Name of the Game

Challenges Over The Past 18 Months

Security Architecture In Theory And In Practice: Why Security Should...

How Wi-Fi 6 Will Seamlessly Integrate With 5g

However, if you would like to share the information in this article, you may use the link below: